Every season, pitchers and position players miss games due to injuries. It’s part of the game. For instance, Bryce Harper will miss the beginning of next season due to surgery (delayed) to repair his damaged elbow. And the Dodgers had several pitchers on the injured list at different parts of the season.

However, every now and then a player will miss a game or two due to an injury that didn’t happen on the field…and which makes for interesting, even funny, stories.

Here’s a handful of them. 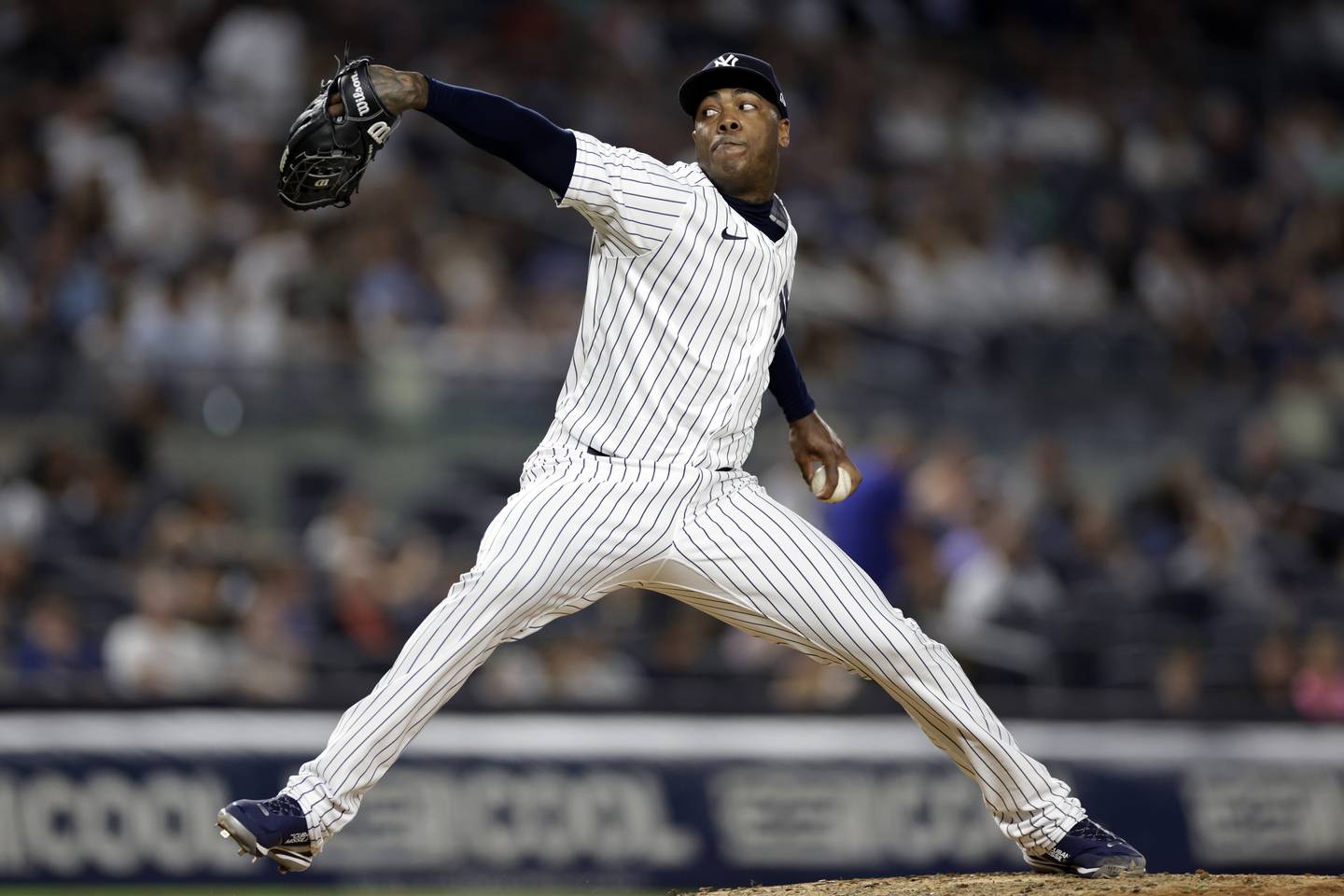 In August of last season, the Yankees reliever was put on the 15-day injured list after his leg became infected after getting a tattoo on his left calf. The tattoo, not Chapman’s first by a long shot, was the likeness of a portrait of his sister. “It definitely was a little scary,” Chapman said through an interpreter. “I have many tattoos, and I’ve never gone through something like that.” He returned in the middle of September.

In 2005, Colorado Rockies rookie Clint Barmes missed three months of the season when he broke his collarbone in July. While there was a cover story about an all-terrain-vehicle accident, Barmes confessed that he fell down at home while carrying some deer meat gifted to him by teammate Todd Helton. The surgery to repair the break took nine screws and a titanium plate. 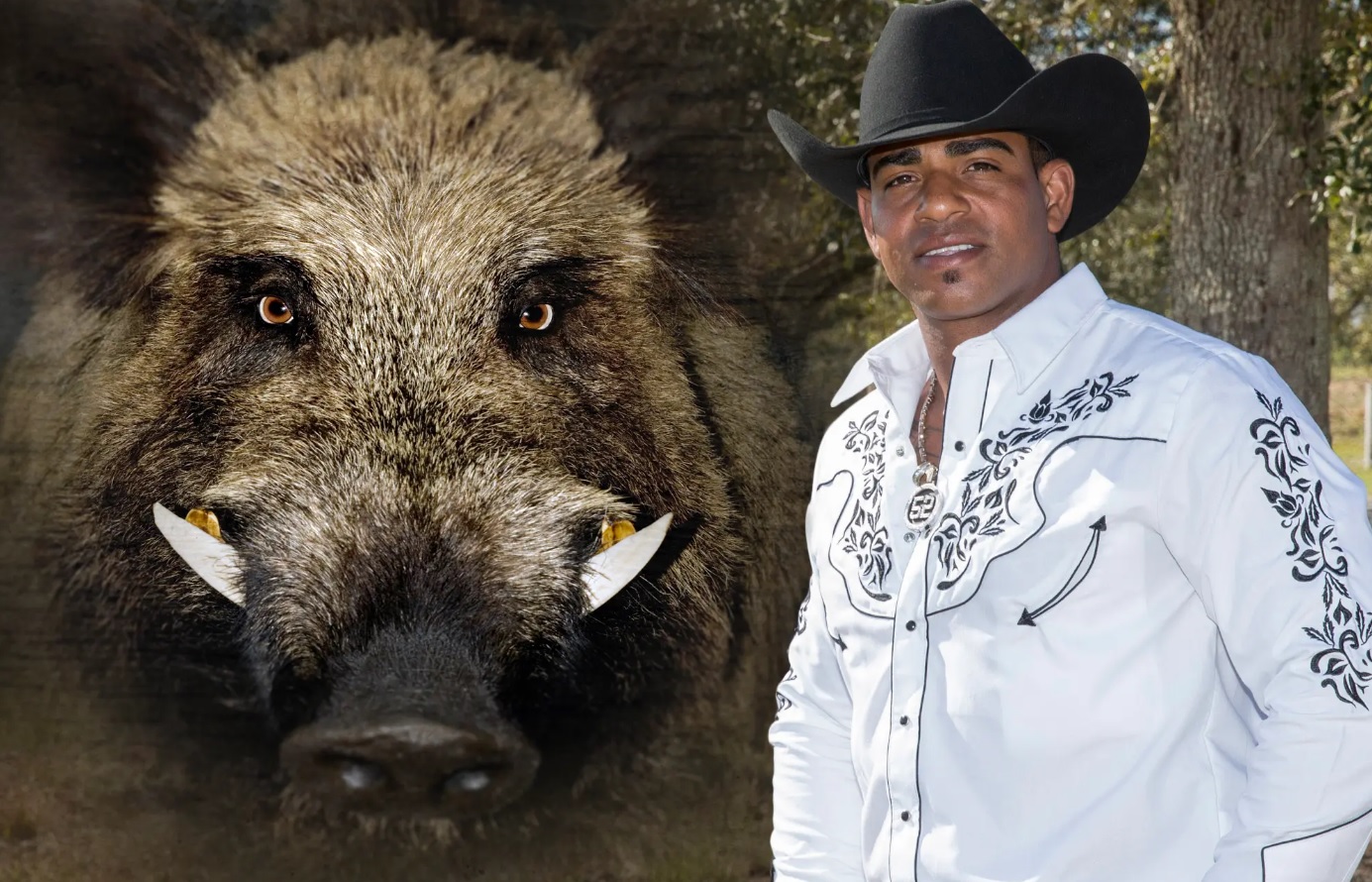 Yoenis Céspedes missed most of the 2019 season due to an injury that happened on his ranch in May of that year. As he approached a wild boar that seemed to be caught in a trap, it charged him. Céspedes moved to avoid the boar, stepped in a hole in the ground and fractured his ankle. The injury caused more than physical damage: The Mets dinged his salary by millions of dollars over the next two seasons.

In 2006, the Tigers were heading into the American League Championship Series without the full availability of one of their young pitching stars, Joel Zumaya. The rookie had a 6-3 record and an ERA under two. He was a rock star! Maybe that’s not the best word to use, because before the start of the ALCS, Zumaya was sidelined due to a sore wrist. Not from a line drive back to the mound, but from playing too much Guitar Hero on his PlayStation 2. No report on whether he set a personal record on the guitar, but the way he was sidelined is still talked about today. Maybe he should have stuck to MLB The Show instead.

From 2010 to 2014, the left-handed pitcher had been a major part of the Giants winning three World Series. Bumgarner was the Series MVP in 2014. Those were the good years. In 2017, he missed nearly three months of the season when he injured his throwing arm and ribs in a dirt bike accident. He wound up with a 4-9 season that year and hasn’t had a winning season since. “Obviously, that was not my intention when I set out to enjoy the off day,” the injured pitcher said. When a reporter asked him, “Did you hit anything?” Bumgarner simply replied, “The ground.” The next season, he’d miss almost half the season with a broken finger. 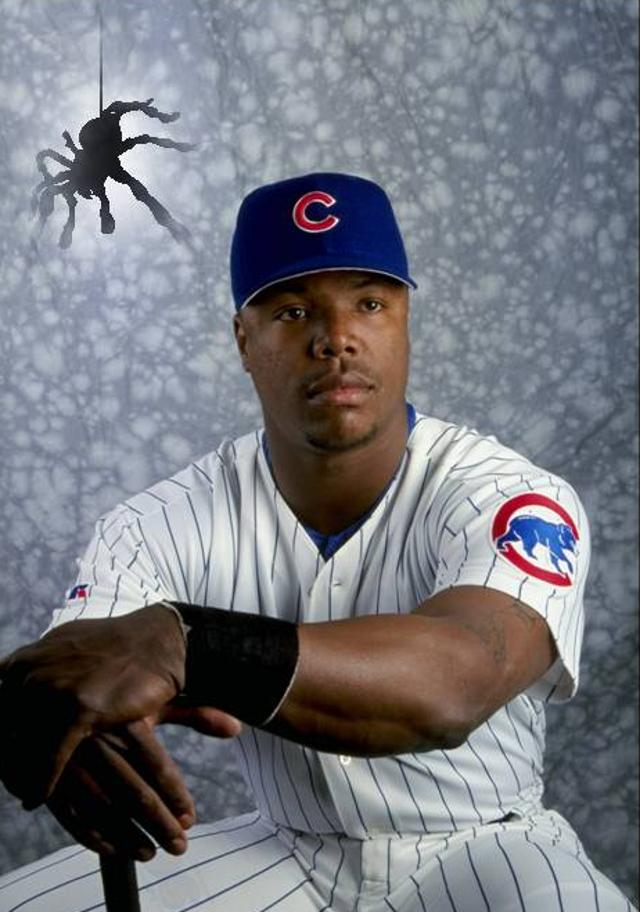 The return of Spider-Man: Glenallen Hill.

Most baseball players dream of hitting a home run to win a World Series or playing in an All-Star Game. Second-year outfielder Glenallen Hill had a dream that caused him to miss three weeks of the 1990 season with Toronto. Turns out, Hill has a fear of spiders, as do millions of people. One night, he had a lifelike dream that spiders were coming after him, and in a dreamlike state, he got up and ran to flee the critters. He fell and crashed onto a glass table, cutting his hands and feet. “I have a phobia about spiders. In the dream, I was trying to get away from spiders,” he explained. Anyone with that phobia understands what that’s like.

There wasn’t much that could slow Rickey Henderson down, the MLB all-time leader in stolen bases. Except maybe a bag of ice. The story goes that he needed to ice a sore ankle after a game in August. He applied a bag of ice to his foot, and then fell asleep on the table...for a while. Long enough to cause frostbite on his toes, which caused him to miss three games. So far, there are no stories about heating pads and third-degree burns.

In anger a few times, Bo Jackson broke a bat in two over his thigh after a strikeout. Only the bat was injured. That wasn’t the case with Brian Roberts of the Orioles during a game toward the end of the 2010 season. In frustration after a strikeout, Roberts, with his helmet on, whacked himself on the head with his bat—evidently way too hard. Instead of hitting a double, he was seeing double. He gave himself a concussion and was forced to sit out the rest of the season, and most of the next.

Odd, yes. Funny, no. It took Roberts a few months for headaches and dizziness to fully go away. The next year, he suffered a more serious concussion when he slid headfirst into first base trying to beat out a comebacker. That injury set him back a year.

Injuries are nothing to sneeze at.

This past season, the Cincinnati Reds as a team had the most games missed by players due to injuries. Want to guess what that number was? Try 1,803. So, if a player happens to injure himself either in the off-season or in an unusual way during the season, it not only hurts the player—it also hurts the team.

That’s nothing to sneeze at.

Speaking of sneezing, in 2004, Sammy Sosa sneezed so hard that he triggered back spasms and sprained a ligament that sidelined him for a month.